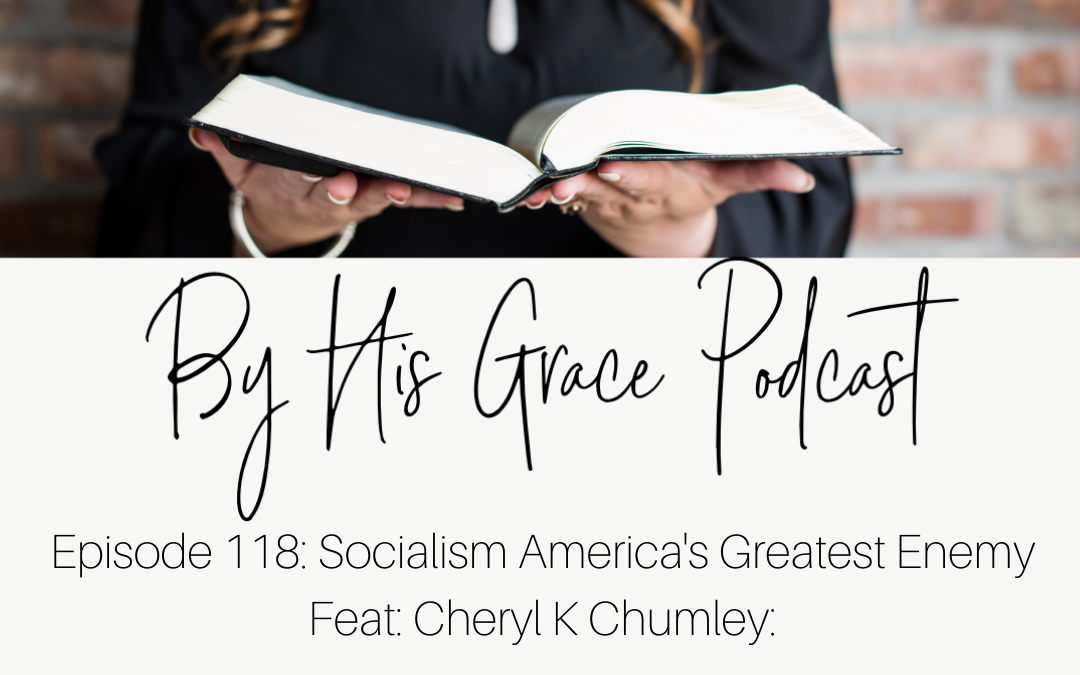 On this episode of the By His Grace Podcast, I sit down with Cheryl K Chumley to discuss socialism and it’s great threat to our democracy, and our way of life. My guest today Cheryl K Chumley has sounded the alarm in her book Socialists Don’t Sleep – Christians Must Rise or America Will Fall. We discuss the rise of socialism in our educational institutions, Critical race theory, and what we can do as believers to fight against this tyranny.

“In this blunt assessment of the deep danger America is facing from the left, award-winning journalist, Washington Times columnist, and best-selling author Cheryl K Chumley exposes all of the sneaky ways the secular left has pressed socialism into American politics in life — why Christians are the only one who can stop it. At stake are the freedoms Americans cherish, unless we act now. The great hope for this nation lies and going back to the founding principles of America – Christian principles.” from the inside jacket of Socialists Don’t Sleep

Cheryl K. Chumley is an author, commentary writer, podcast host and the online opinion editor for The Washington Times. In addition to writing daily commentaries on politics, Cheryl hosts a twice-weekly podcast that looks at news, politics and culture from a Christian, conservative perspectve. It’s called “Bold and Blunt,” it’s available on Spotify, Apple, other podcast hosting sites — and at The Washington Times.

Cheryl’s an in-demand public speaker and media guest, passionate about topics related to Christianity and the country’s Judeo-Christian roots, the Constitution, politics and policy, United Nations and sovereignty issues, Congress and Capitol Hill – pretty much anything that lends itself to exposing those matters that run counter to freedom, biblical principles and the preservation of America as the greatest country the world’s ever seen.

What Others Are Saying About SOCIALISTS DON”T SLEEEP:

“If America is to be free, America needs Christians to get louder” – Cheryl K. Chumley