Chris Wall: The Power of Storytelling 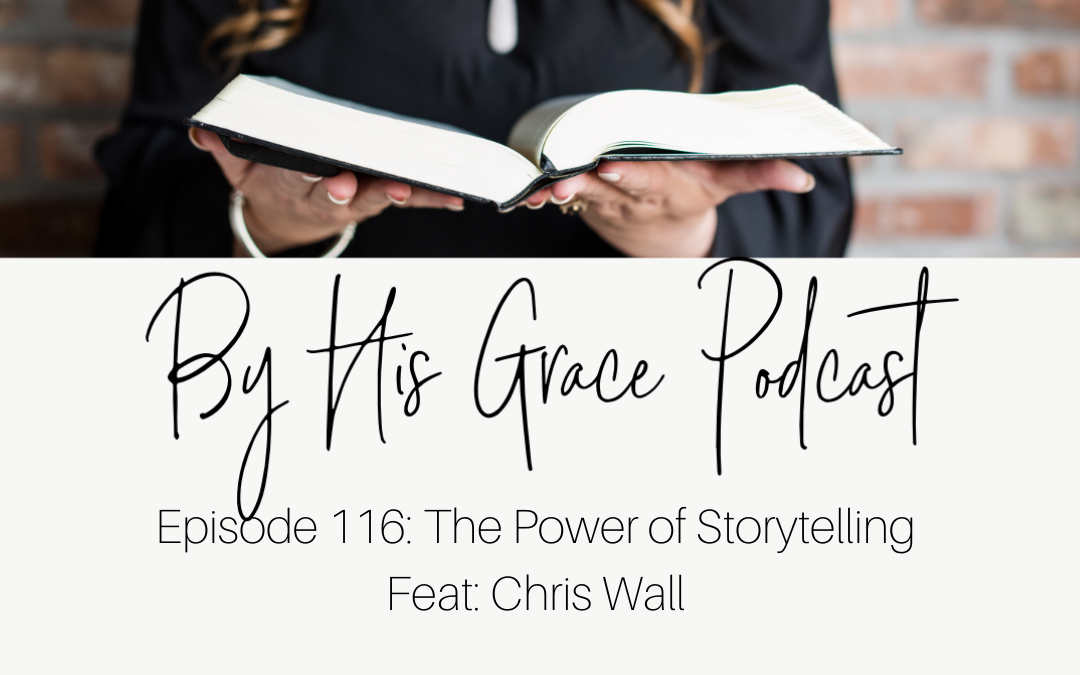 On this episode of By His Grace, I interview Chris Wall. Chris is the co-founder of Shining Isle Productions. On this episode, we discuss the new animated series “Wing Feather Saga,” and the books that go along with it. We also discuss the importance of telling stories in a way that engages children, provokes their imaginations, and shares the truth of the gospel message with them. We discuss the necessity of having wholesome, Christian entertainment that is suitable for the whole family. Chris shares how listeners of this podcast can support this project.

Chris Wall is an influential creator of kids-and-family, faith-infused content. Before creating Shining Isle Productions in 2015 to develop and produce faith content with an entertainment first strategy, Chris spent over a decade collaborating with industry leaders at Dreamworks Animation and Big Idea producing the direct-to-video VeggieTales CG animated movies. That included the wildly successful “Wonderful Wizard of Ha’s,” “Saint Nicholas” and “Noah’s Ark” and 13 other productions. During that time, he also oversaw the multi-national team to create new 20x22min episodes of “3-2-1 Penguins” CG animated series for NBC/Qubo. These titles have been enjoyed by millions of families, generating millions in revenue.

Chris began working in kids and family material with Max Lucado’s “You Are Special” direct-to-video series in 1999, where he served as editor and voice of the beleaguered character Punchinello. He went on to join Big Idea in 2004, bringing VeggieTales movies to life.

He partnered with Andrew Peterson to adapt the fantasy novels “The Wingfeather Saga” beginning with a critically applauded short film released in 2017. He is also the creator/showrunner for the acclaimed 26x22min kids-and-family, puppet, live-action series, “The Slugs & Bugs Show,” which renewed for a second season and released in early 2021.

Chris is passionate about creating content that will serve families with stories of truth and beauty. He lives in Franklin, TN, with his wife and six children and when he’s not producing, you will often see him in a scout uniform, working with countless youth in multiple volunteer roles with Scouts BSA.

Thank you for listening to the By His Grace podcast today. Be sure to subscribe so you don’t miss an episode. Sharing is caring and we’d love for you to leave us a review.