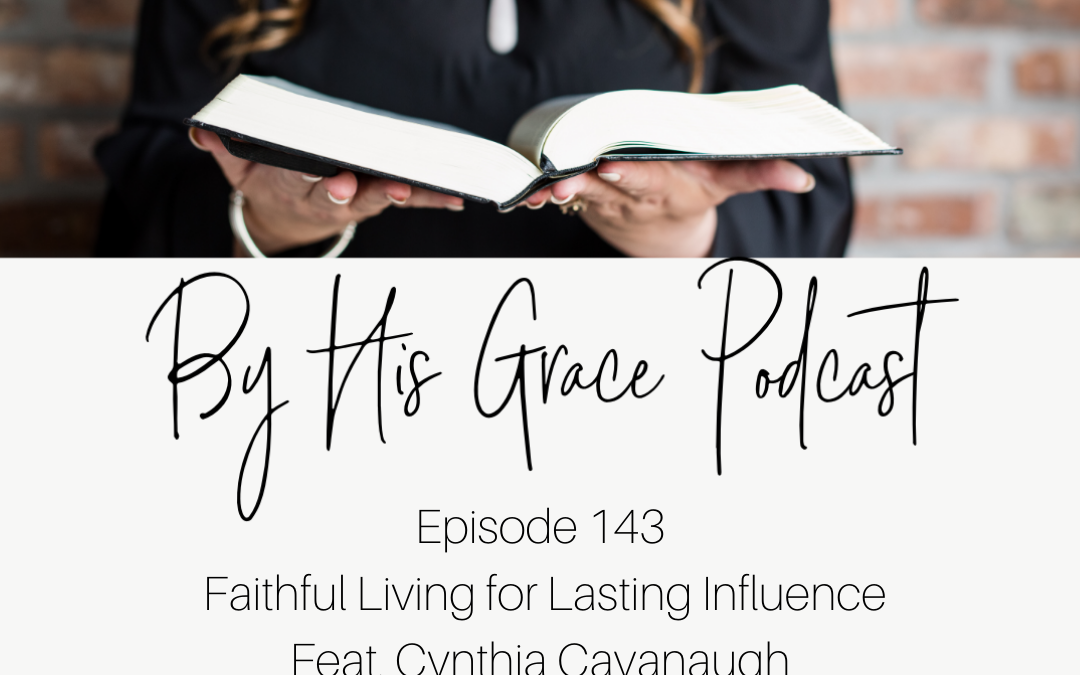 In a series of interviews conducted live from the CPE – Christian Product Expo, Misty Phillip sits down with Cynthia Cavanaugh to discuss her Bible Study, The Godly Kings of Judah:Faithful Living for Lasting Influence.

We discuss what prompted Cynthia to write this study. Cynthia loves the Old Testament, a Historical Narrative that sets up the New Testament. As she studied the Old Testament, she began questioning why the Kings documented  in 1 & 2 Chronicles and 1 & 2 Kings were falling off the rails.  Cynthia was intrigued by the Kings who wanted to live right in the eyes of the Lord. We discuss what it means to be a Godly woman of influence, and the how everyday decisions we make have a lasting impact. The study includes 7 pilliars we can build into our life. Cynthia explains the story of Hezekiah from Chapter 6 about reforming prayer.

“Decisions we make have lasting impact on generations”

“Her influence would out last her life”

“The way we live our life, and choices we make everyday”

“When we value who God is in our life, and we our secure in it, when we value His word, then our influence will have an impact.”

“Who is in your inner circle?”

“Being a leader is about serving people well”

What will your legacy be?

Long ago, God’s people were divided into two kingdoms. The land of Judah—with Jerusalem as its capital—was led by twenty kings, only eight of whom were good. Not even half! What does that tell you? That it’s hard to follow God to the end and leave a legacy that’s remembered well.

Bible teacher Cynthia Cavanaugh wants you to meet the good kings of Judah. The kings who earned a reputation for godliness and received the Lord’s favor. Though their names aren’t well known to us, their examples should be celebrated. Cynthia takes you deep into the Word of God, heading into the often-overlooked corners of 1-2 Kings and 1-2 Chronicles. There you will uncover these ancient rulers whose lives—full of ups and downs—have hidden lessons for us today.

In The Godly Kings of Judah, you’ll embark on an 8-week Bible study that leads you through a process of repentance, renewal, and revival. The Old Testament kings will be your companions as you fight the Lord’s battles, topple the idols that claw at our hearts, and bring reformation to the holy people of God. Don’t miss out on this exciting adventure! Because when all is said and done, you want the legacy of the godly kings to be your own as well: “She did what was right in the Lord’s eyes.”

Cynthia believes our greatest asset is the power to influence and create space for others to flourish. Her story of brokenness has propelled her to write, speak and give voice to help others redeem their pain and heal through the pages of God’s Word. Cynthia is the Founder and Director of Women Emerge a movement which encourages intentional networking and training. She holds a MA in Leadership from Trinity Western University, and is an adjunct professor in the leadership degree program. Cynthia is a bonafide tea snob who loves connecting with others over a cuppa. She and Kevin make their home in the far corner of the Pacific NW and have three married sons. Her happiest place on earth is being Nana to her grandchildren.