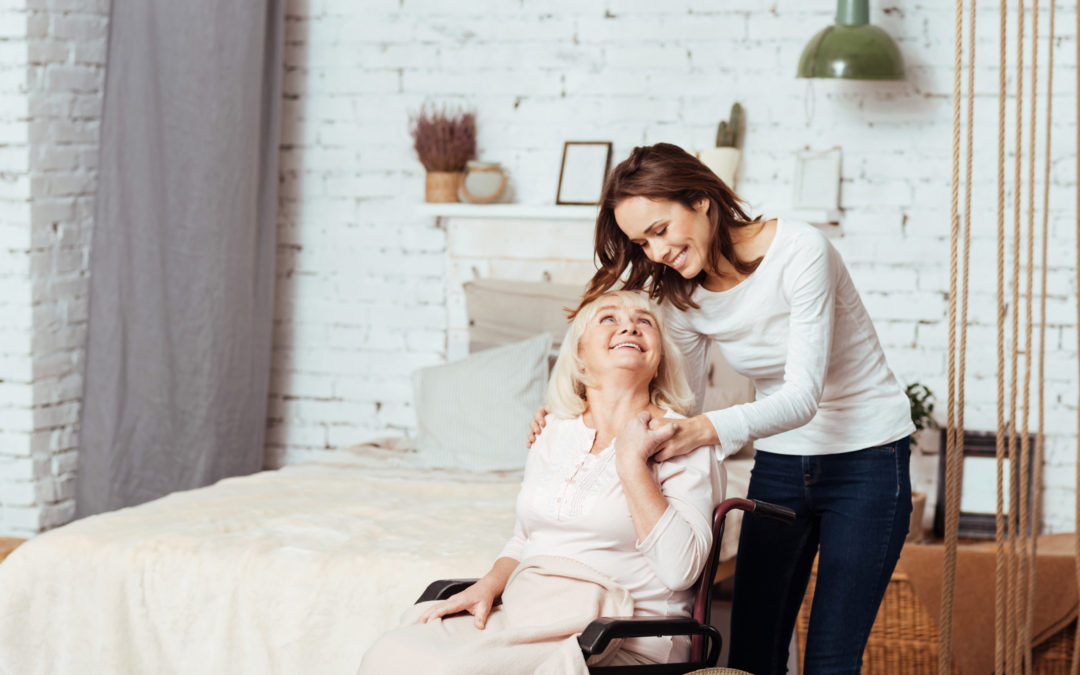 It is difficult for someone to understand the complexities that accompany being the caregiver of someone with an illness or special needs unless they have walked a mile in your shoes. My guest today Lauren Flake has not only found a purpose for her pain but has joined forces with a friend to make a difference in the lives of others.

Lauren Flake and I had a great conversation on the By His Grace episode 16 Lauren Flake: Dealing with Dementia. Please welcome Lauren Flake to the blog today.

I met my friend Shana face-to-face for the first time over enchiladas and margaritas. We were born and raised in Austin and San Antonio respectively, after all. We had far more in common than our Central Texas roots though. First and foremost, we had both reluctantly earned the title of “daughter of dementia” in our early twenties.

That night, we talked, through many tears and a few laughs, about our mothers’ battles with early onset dementia. We lamented being helpless to stop their decline and being devastated by their worsening symptoms. And we compared the handful of humorous moments we experienced as well.

If you can't laugh at the situation every once in a while, you may not survive caregiving. Click To Tweet

Shana’s mother passed away a few months before, in the final stages of Lewy Body dementia, which mimics the symptoms of both Alzheimer’s disease and Parkinson’s disease. My mother, on the other hand, was still in the middle stages of Alzheimer’s. Her journey towards the end was just beginning.

In our first meeting, Shana and I discovered so many similarities in our moms’ and our stories. Both of our mothers had been writers, for example. Her mom was a journalist; mine worked in public relations and was a high school English teacher. Shana and I were both writers active in state politics and living in Austin when we met. Most importantly, we both took on the critical role of power of attorney and primary contact for our mothers following their difficult-to-navigate diagnoses at the start of our careers.

After seeing a local news story featuring my family and reaching out to the reporter for my contact information, Shana became the mentor I needed most in that moment. I know now that God brought Shana into my life at the exact right time to show me that I could and would survive this heartache. She gave me hope when I had almost none left.

Shana told me honestly, without any sugar coating, what I could probably expect in my mother’s remaining years. She offered me a shoulder to cry on despite her own unbearable grief. She made sure I knew it was okay to be angry and scared. Shana used her traumatic loss as a chance to offer me healing through our connection. For removing the isolation I felt before meeting her, I am forever grateful. 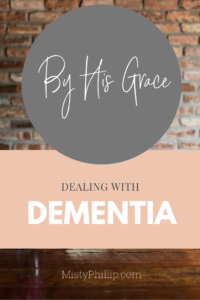 She ended up moving out of state and then all over the place for work a few years later, but Shana and I still keep in touch. Her friendship is the inspiration behind Daughters of Dementia, our growing online community connecting women caring for family members diagnosed with any form of dementia. Our ultimate goal is to match current with surviving caregivers for friendships and mentorships like ours that began by sharing Tex-Mex over a decade ago.

We want to use our painful losses to help other women in similar situations find their footing again. We want to show other caregivers that through our suffering, we persevered and came out stronger on the other side.

We want to use our painful losses to help other women in similar situations find their footing again. We want to show other caregivers that through our suffering, we persevered and came out stronger on the other side. Click To Tweet

We want women to know that they are never alone in their grief and sadness. Our loving, righteous God sees and feels their hurt, and so do we. He counts every tear they shed and redeems every heartache they experience. And in his great love, he gives us one another to lean on through the pain:

“Two are better than one, because they have a good reward for their toil. For if they fall, one will lift up his fellow. But woe to him who is alone when he falls and has not another to lift him up! ” (Ecclesiastes 4:9-10 ESV)

Lauren Flake is a writer, artist, wife, girl mom, and Alzheimer’s daughter near Austin, Texas. She is the author of two award-winning children’s books for grieving preschoolers, Where Did My Sweet Grandma Go? and Where Did My Sweet Grandpa Go?; the co-founder of Daughters of Dementia; and the editor of Love of Dixie magazine for Texas women. Find Lauren at LaurenFlake.com and on Facebook and Instagram at @loveofdixie.

The By His Grace podcast is now reaching people across the globe! Thank you all for your continued prayers and support. Please continue to share meaningful episodes with friends and family because you never know who is suffering and needs encouragement.