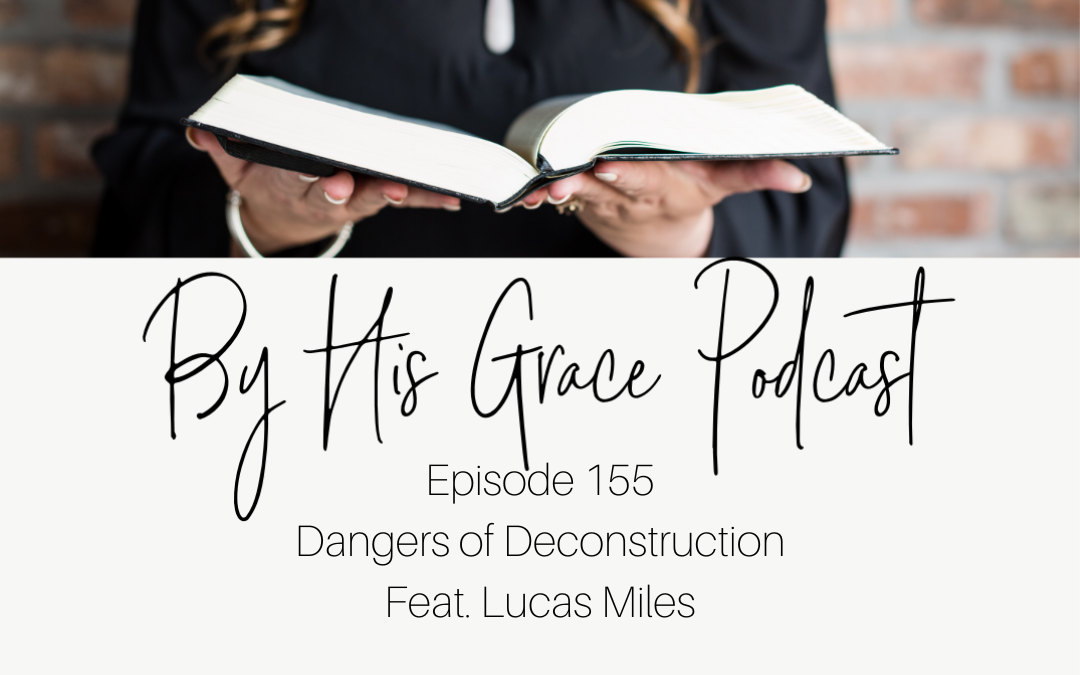 In the final installation of her series from the National Religious Broadcast Media event (NRB), the host of the By his Grace podcast Misty Phillip sat down with Lucas Miles.

Lucas Miles is a trusted voice in the American church who has consistently addressed some of the most challenging topics in theology, politics, and culture. He is the host of Edifi’s award-winning The Lucas Miles Show and a co-host of The Church Boys podcast, where he has interviewed some of the biggest names in media such as Mario Lopez, Jim Cavaziel, Kathie Lee Gifford, Candace Bure, Charlie Kirk, and Sean Hannity. Lucas and his work have been featured in books and on TV and radio programs, as well as syndicated in articles across both political and religious news outlets, such as The Blaze, Faithwire, Fox News, The Washington Times, CBN, The Stream, Bible Gateway, and The Christian Post. He is also the author of the best-selling book, The Christian Left: How Liberal Thought Has Hijacked the Church, as well as the critically acclaimed book Good God: The One We Want to Believe In but Are Afraid to Embrace.

An ordained pastor with over twenty years of ministry experience, Lucas has been involved in dozens of church planting efforts in the US and in remote locations in Latin America, East Africa, and Asia, not least of which is his local ministry, Nfluence Church, where he and his wife, Krissy, have been serving since planting the church in 2004. Lucas had the honor of receiving an invitation to the National Prayer Breakfast in Washington, D.C., in both 2018 and 2020, as well as an invitation as a US delegate to the 2018 Ukrainian National Christian Thanksgiving Celebration.

Additionally, Lucas is known for his work in Hollywood producing films and offering confidential pastoral support to many up-and-coming and established actors and artists. He has directed and produced several nationally released films, including Rodeo Girl, Crowning Jules, and The Penitent Thief, as well as consulted on dozens of entertainment and literary projects. His work has been featured on Netflix, Showtime, Fox, Redbox, Sony, and Pure Flix.

Lucas is a sought-after speaker at colleges, conferences, and churches on topics such as theology, Christian living, politics, and media. Whether he is preaching through the book of Romans or discussing trends in media and culture, Lucas’ heart for the gospel, philosophical prowess, and love of people always shines through, making him a perfect keynote speaker or lecturer for meetings of all sizes.

“They are trying to distract us from the unity we have in Christ.”

“The best way to deal with the feeling of doubt that sparks deconstruction, is to take time to bring them back to the cross.”

“We are seeing the cross, the stories of God, and the Word of God diminished in favor of uplifting cultural views instead of biblical views.”

“It is ok to question God, you can ask why, just don’t get stuck in the why.”

“We need to go back to what made us fall in love with God in the first place, that will draw us back to Christ as our source.”

“This world is not our home, we cannot fix every problem in the world even though we want to and try, ultimately we know that our salvation is found in Christ.”

“Revelations talks about how people overcame by the blood of the lamb and the word of their testimony, we have to keep coming back to that as the source.”