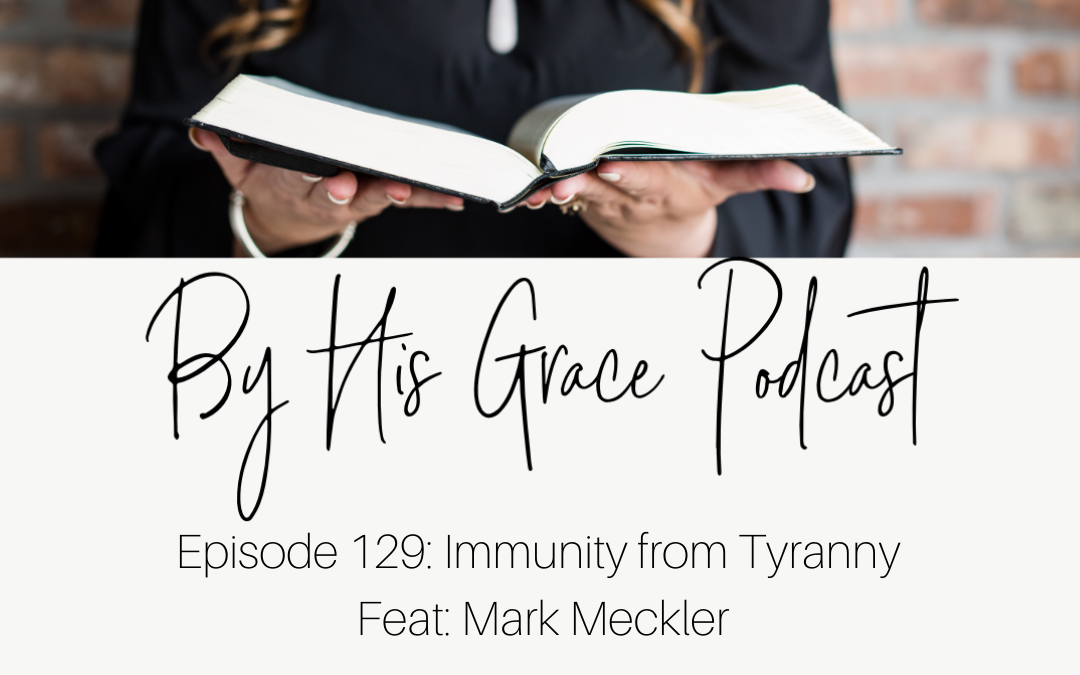 In this episode of the By His Grace podcast, Misty Phillip implores parents to pray and seek wisdom from God before administering the COVID vaccine to their children, and to do their research. Misty shares a brief testimony of her son who was vaccine injured,  the long-term side effects, and his subsequent brain injury.

Before his work with the Convention of States Action, Mark served as the interim CEO at Parler, where he helped bring the free speech social media company back online. In 2009, Mark co-founded the Tea Party Patriots, the largest Tea Party group in the United States. As the result of Mark’s leadership, the Tea Party grew to a massive, nationwide movement that elected numerous members to the U.S. Congress who still hold powerful positions today.

They discuss his work at the Convention of States Action to restrain federal tyranny, including proposing amendments, term limits, financial restrictions, and limiting governmental overreach. Mark and Patty have been married more than 27 years, with one son who just completed his service with the Marine Corps and is now a second year law student, and a daughter who recently graduated from Hillsdale College, and works in education policy reform. They now spend their free time with their Great Dane at their Texas homestead.

They discuss a recent poll produced by the Convention of States Action, in conjunction with The Trafalgar Group- one of America’s most accurate pollsters in 2016, 2018, and 2020—releasing a new national survey of COVID-19 and Natural Immunity. The findings show the majority of the people who responded believe that natural immunity is equal to or better than vaccinated immunity.

Misty asked for Mark’s input on the newly approved COVID vaccination for children ages 5-11 and his reaction to the following comments from medical experts who are raising their concerns about vaccinating children.

“Young children will be harmed in an ill-advised rush to vaccinate a population with very little chance of severe infection from the virus.”

Dr. Peter McCullough, a widely published cardiologist and leading voice on a rational pandemic response which said, “There will be children lost with the vax — far more than ever happened with COVID,”

“According to the inventor of the mRNA technology on which the vaccine is based, “The real risk for healthy kids is about zero — it does appear to be lower than the flu,” said Dr. Robert Malone. Inoculating 28 million children 5 to 11 years old, Malone told attendees of the Florida Summit on Covid, could lead to “a thousand or more excess deaths.”

There is virtually no risk to children.

Medicine is a practice. There are not always hard and fast answers.

What are your kids worth to you?

What can we do to stop the tyranny?

Contact your city council. Contact your county board of supervisors and school boards. Say no to mandates. Get involved politically.

Resist. Homeschool your kids. Say no. Do not wear a mask in the airport.

We need to practice acts of resistance to stop the march of tyranny.

Connect with Convention of States on Social Media

Thank you for listening to the By His Grace podcast today. Be sure to follow so you don’t miss an episode. Sharing is caring and we’d love for you to leave us a review.