Rachael Flick: Defunding the Police is a Terrible Idea 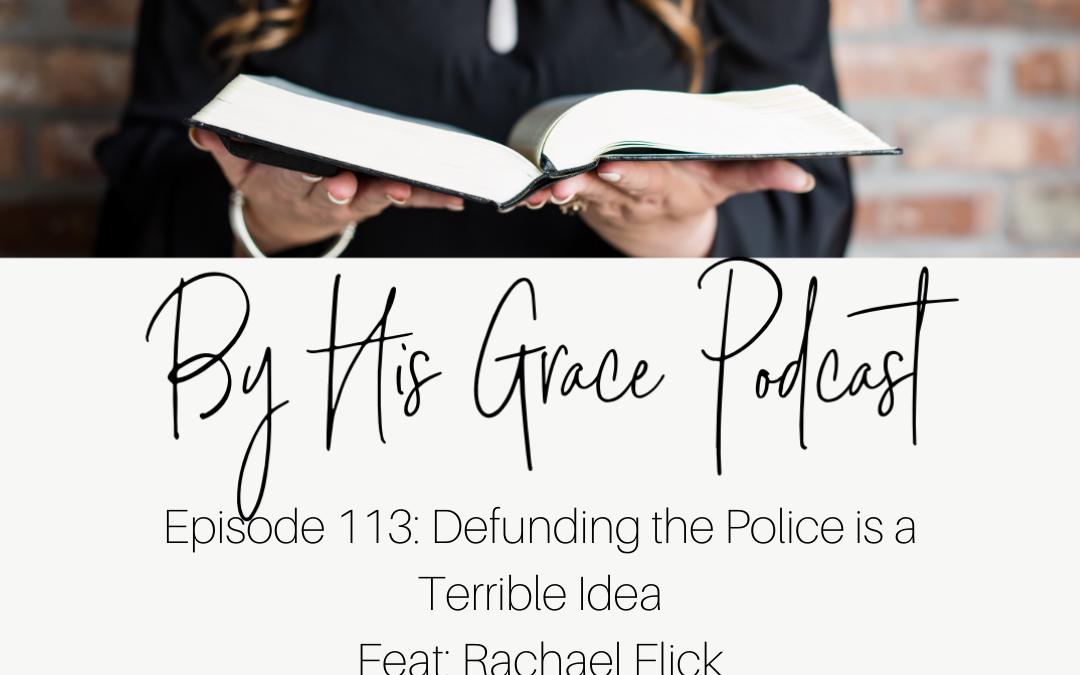 On this episode of the By His Grace podcast, I interview Rachael Flick. One thing that is unmistakable for anyone who meets Rachael, or hears her speak, is her passion. Growing up, Rachael dreamed of being a doctor. While her educational path diverged from medicine, Rachael continued to support wellness journeys for others as a high school P.E. teacher and a personal trainer.

Tragically, Rachael lost her husband of ten years on February 5, 2018. Deputy Sheriff Micah Flick was killed in the line of duty while attempting to arrest a car thief. On the day of Micah’s funeral, Rachael stood before thousands of uniformed police and a globally streamed audience to call a broken nation to a return to honoring. Filled with the power of God, Rachael spoke into the highly charged cultural conflict that has resulted in the intentional murder of law enforcement.

Rachael and I discuss her profound loss, the redemption that the Lord brought forth out of her dark season, how we, as citizens, can counter anti-police rhetoric, and how she found hope amid hardship.

Connect with Rachael on Social Media!

Thank you for listening to the By His Grace podcast today. Be sure to subscribe, so you don’t miss an episode. Sharing is caring, and we’d love for you to leave us a review.