Much to my surprise, on Jacob’s 17th birthday and just a few weeks before my 40th birthday, we found out that I was expecting. After so many difficult pregnancies and losses, and years without getting pregnant, I was in shock and thrilled when my Doctor told me I was pregnant!! 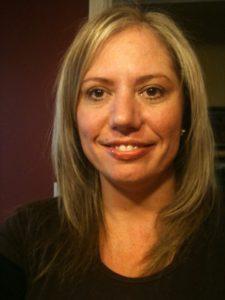 I was considered a high-risk pregnancy. Because of my history, and my age, my Doctor, monitored me very closely from the beginning. On a routine blood draw, we found out my progesterone levels were deficient. So we immediately began supplementing with progesterone, and things seemed to be going okay. I was thankful for each day that I was pregnant. We had our first ultrasound, and everything seemed to still be moving right along. I got past the first trimester and began to let my guard down a little. When it came time to have another ultrasound and find out if we were having a boy or girl, I couldn’t wait! I was so excited!!! My mother-in-law and my youngest son Ian were with me, and all eyes were on the ultrasound screen as we awaited the news, boy or girl?  The tech told us that we were having a boy!

Everyone was so happy! Everyone, that is, except for the ultrasound Tech who kept taking measurements. We noticed that she kept measuring his spine over and over.  She seemed to be taking a long time, meticulously looking at his different body parts and re-measuring. She brought in the doctor… who informed us that it looked like he had a heart condition. But that was not all… In addition to that, he also had arms that were not fully developed, and his hands seemed clenched.

So we were sent to a high-risk doctor for a level 2 ultrasound, and some genetic testing because the doctor said that our son likely had a chromosomal disorder. After the level 2 ultrasound and the genetic tests, we learned that our son had a two-chambered heart, instead of a four-chambered heart like you and me. They thought that he may have Spina-Bifida, which caused him to have an improperly formed spine. There was a cyst on the umbilical cord, and his cranium was shaped in such a way that would not allow his brain to fully develop. The Doctor said that his improperly formed arms and hands were backward. Our son was diagnosed with Trisomy-18, also known as Edward’s syndrome, a chromosomal disorder on the 18th Chromosome.

Ninety percent of babies with Trisomy 18 don’t live more than a few hours or days. Most boys with Trisomy-18 rarely ever live to see their first birthday and over fifty percent of them never even make it to birth.  The first thing the Fetal Maternal Specialist and the genetic counselor asked us was if we would terminate the pregnancy. This is considered to be one of the “hard cases” that made it okay to abort our son. Armed with information that our son probably wouldn’t survive, and if he did, that he would be severely handicapped, they expected us to abort him.

After all, many parents who receive this diagnosis for their unborn child chose to terminate their pregnancy. For us, we knew the difficulty of having a child with special needs. Our middle son Connor was born with clubfeet and many other health challenges.  For us, we knew the pain and suffering that our family would have to endure to choose to continue on with the pregnancy. But for our family, abortion was not an option! We firmly believe that our Heavenly Father is both the Author and Finisher of life, as is stated in the Bible in Acts 3:15.

We began telling others that Liam was a gift from God and that God would determine his future. We knew that the Lord had a purpose and a plan for his life, no matter how long he lived. The next several weeks were emotionally draining, not knowing what to expect, and trying to plan for what may be ahead of us. Instead of planning a nursery and a baby shower, we began to think about funeral arrangements, and how we would spend whatever time we had with our son. 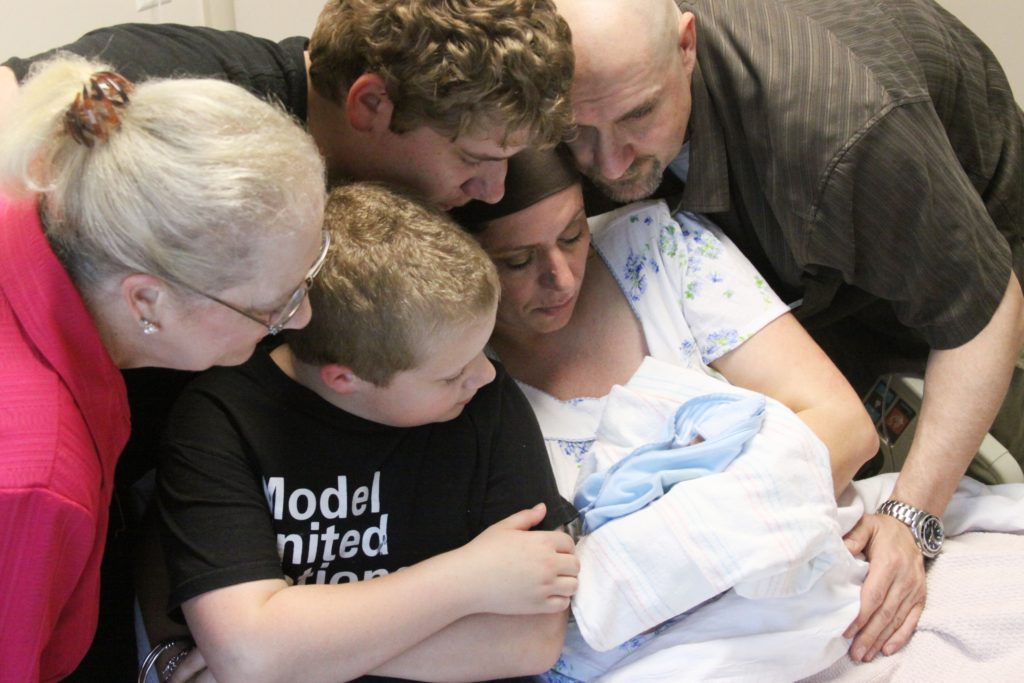 A few weeks later, at a routine Doctors appointment, we discovered that little Liam’s heart had stopped beating. Liam was stillborn on March 21, 2011. We played worship music in the room, and after giving birth to him, we cherished every moment that we had with him. We had a photographer come and take pictures for us. We held him, we loved him, we cried and prayed over him and then released him to Jesus. We suffered much grief that day, but we did not grieve without hope. We know that our son Liam’s body is whole and that he never had to suffer the pain of this world. That he is waiting for us in heaven, and we can’t wait to see him again!