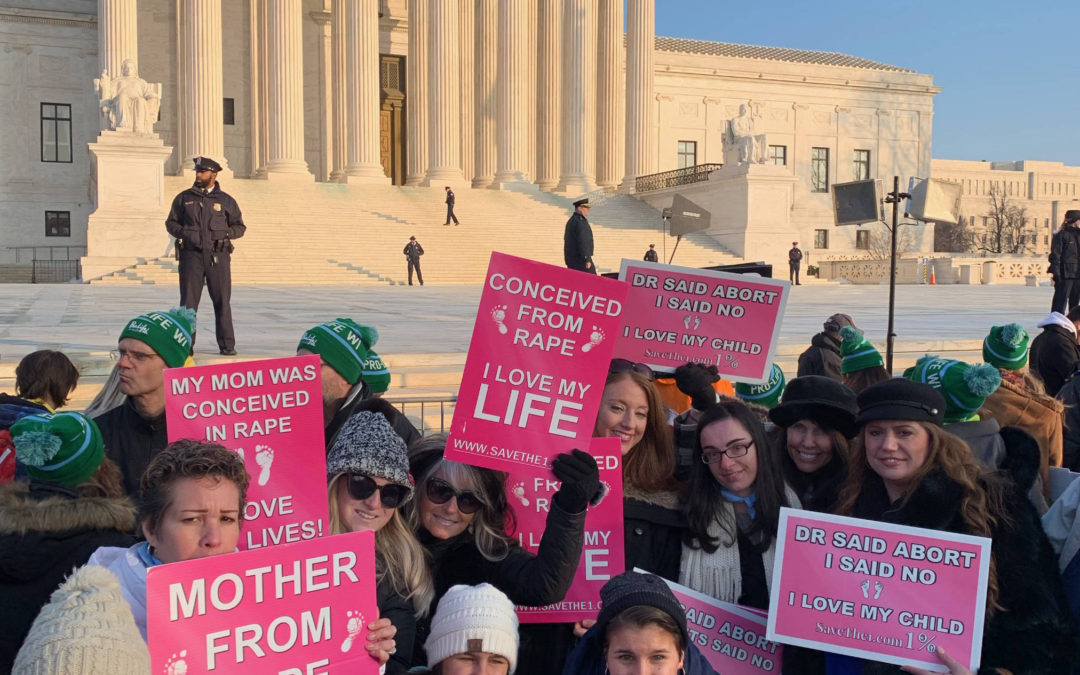 What happened in New York is a tragedy. Elections have ramifications. Who you vote for matters! This week New York passed a law allowing late-term abortions up to nine months. There was thunderous applause when the law passed, and then the One World Trade center light up pink to celebrate. Unbeleivable.

At the end of last year, I was asked to speak at an abortion recovery retreat. I was excited to get to share the grace, forgiveness, and freedom available to all in Jesus Christ.

I posted something on my Facebook page about voting for pro-life candidates in the upcoming election. This is when I found out the person in charge of the retreat and I have differing political ideologies and experiences. She contacted me explaining her stance and offered to allow me to back out. After much prayer and consideration, I decided to let the election pass and tried to reach out to her in love and compassion to explain why I believe it’s important to vote for pro-life candidates.

Our God created life. Life is important to God, and it should be important to us as Christians. Click To Tweet

Then a few weeks ago she uninvited me to speak because of my unwavering pro-life political stance.

I hadn’t planned on saying anything about it to anyone, even though I had already posted on social media that I would be a speaker at this event. But in light of the legislation that passed in New York this week. I can’t be quiet. Not because I was invited to speak and then uninvited to speak, but because what we stand for matters. As Christians, we have a duty and a responsibility to stand for what is noble, good, and true.

I am not ashamed of the gospel.

I will fight for Christian values and morals to be upheld whether it is popular or not.

Who we put into office matters. We can’t call ourselves Christian, and pro-life and then vote for pro-choice candidates.

Last week I attended the March for Life in Washington, DC with the http://Savethe1.com team. It was so encouraging to see hundreds of thousands of people peacefully marching for the unborn. Save the 1 is a non-profit organization that advocates for 100% percent pro-life laws, with no exceptions for rape or fetal abnormality. At Save the 1, we believe everyone deserves a chance at life.

My son Ian and I arrived in Washington, Dc on Thursday and went straight to the Law and Life Summit, and the March for Life Expo. Thursday evening we attended the Save the Storks Ball. http://savethestorks.com Save the Storks is revolutionizing the pro-life movement with its fleet of over 40 buses equipped with mobile medical units and ultrasound machines to help mothers make the choice to chose life. They partner with local pregnancy resources, and up to date have helped saved the lives of over 4,000 babies. 4 out of 5 women who board a Stork bus chose life for their baby.

We had an amazing evening complete with a fantastic line up of pro-life advocating guest speakers, including Vice-President and Second Lady Pence. A highlight of the evening was hearing the Vice-President quote scripture and proclaim the importance of life. Other special guests and entertainers included; 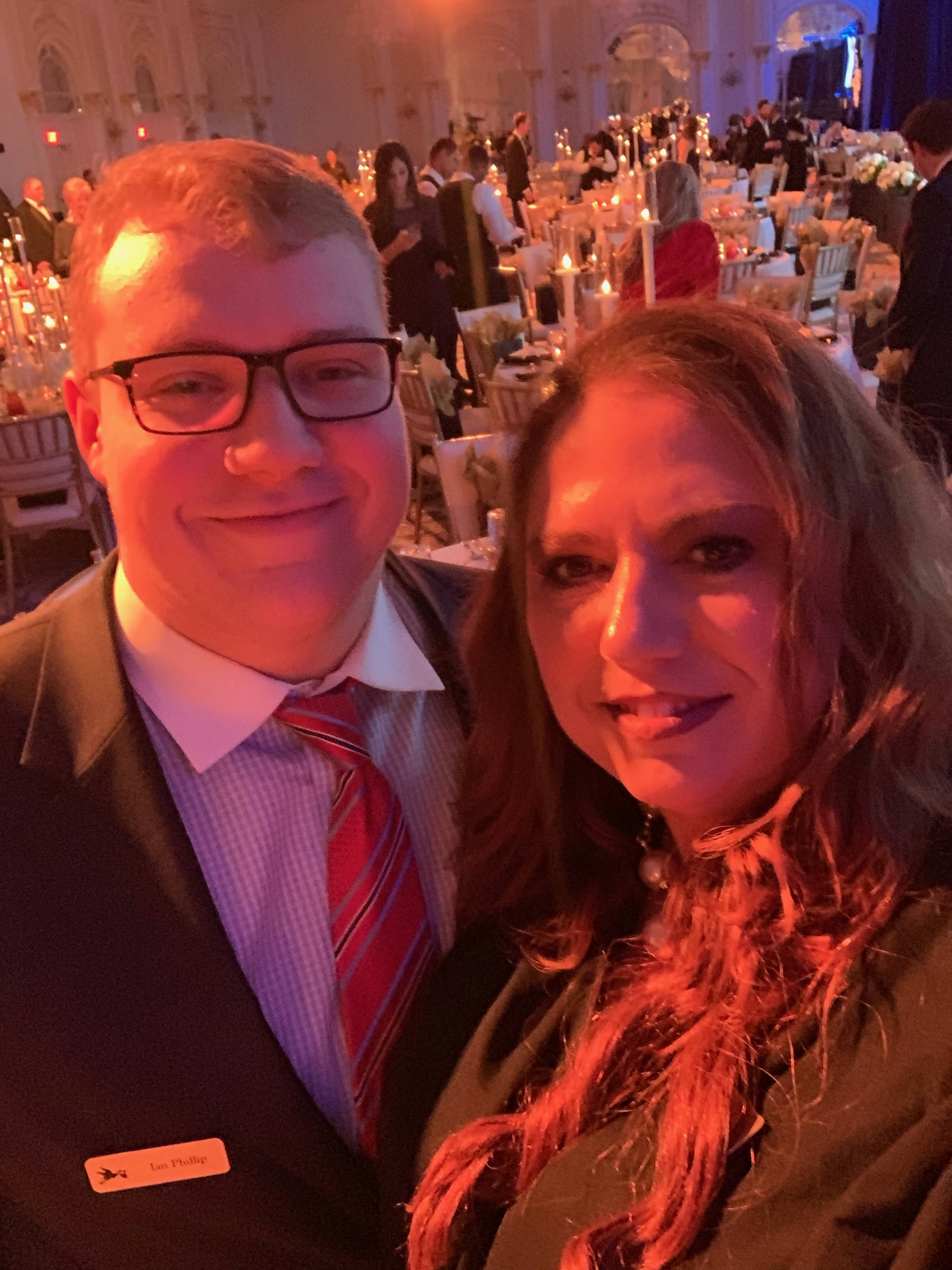 Friday morning we assembled on the National Mall to hear conservative radio host Ben Shapiro live podcast to advocate on behalf of the unborn at the March for Life rally. The March feature an incredible lineup of pro-life speakers. 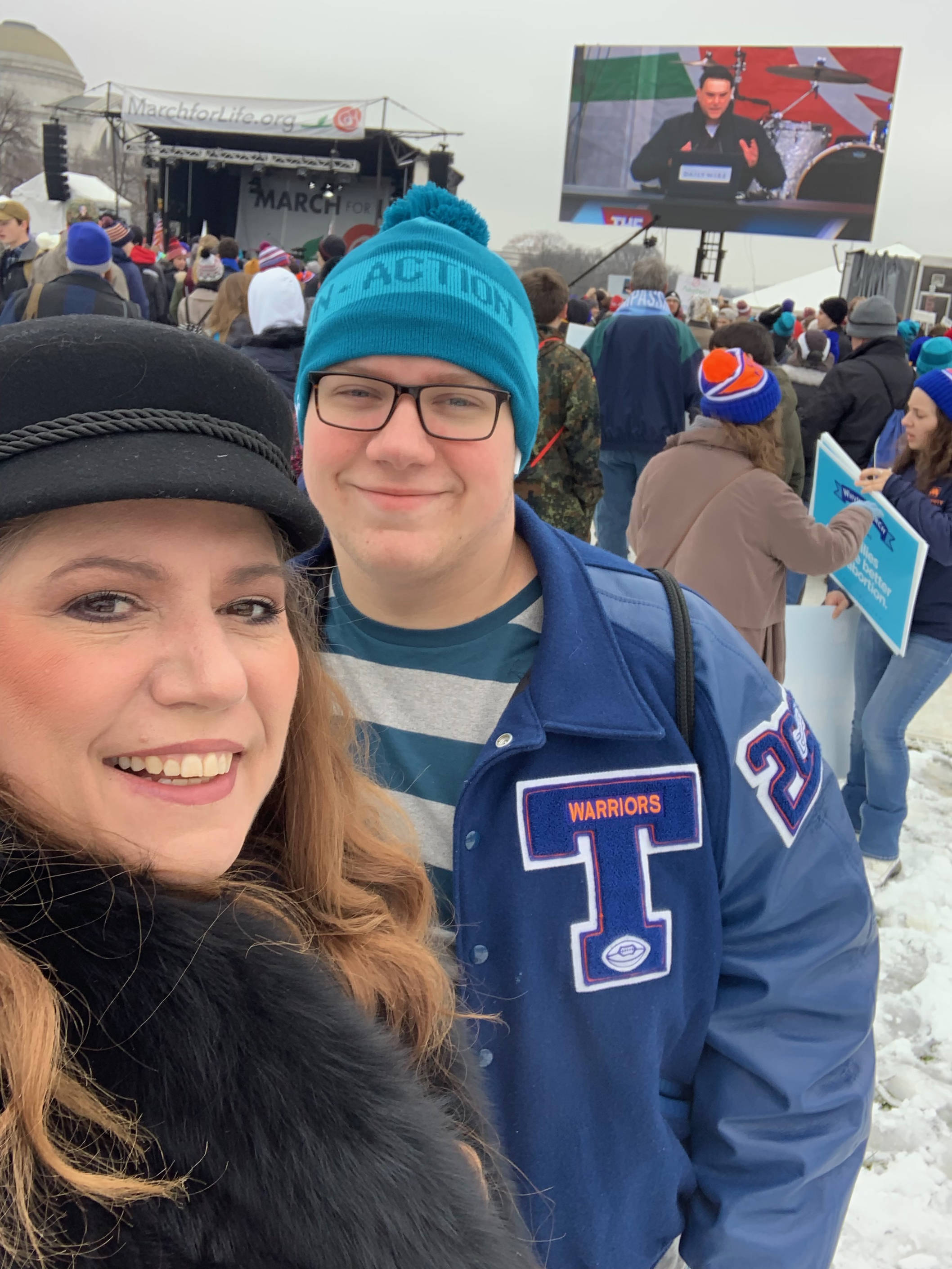 While in Washington, DC Save the1 filmed a documentary. After a series of pictures, and interviews with the Save the 1 team we gathered to take a photo in front of this jumbotron that tells the story of several Save the 1 team members. I am humbled to serve alongside such brave men and women who have chosen life in the most difficult of circumstances.

We made our way to the end of the line near the supreme court and stood on the corner holding our signs and thanking people for marching for almost 4 hours. I was overwhelmed and in awe by the incredible sea of people that flowed through the street for hours on end. There was easily at least a million people in attendance. Men, women, teenagers, children all peacefully assembled to stand for the unborn.

The March for Life ignited a spark within me. This weeks news is both horrific and unsettling, but it makes me want to shine my light brighter for Jesus. Many Americans are deceived and need to know the truth and hope of Jesus Christ. Please be in prayer for our country, and pray about how you can make a stand.  Matthew 5:14 ESV declares, “You are the light of the world. A city on a hill cannot be hidden.” As our world continues to grow darker, I encourage you to you shine brighter.